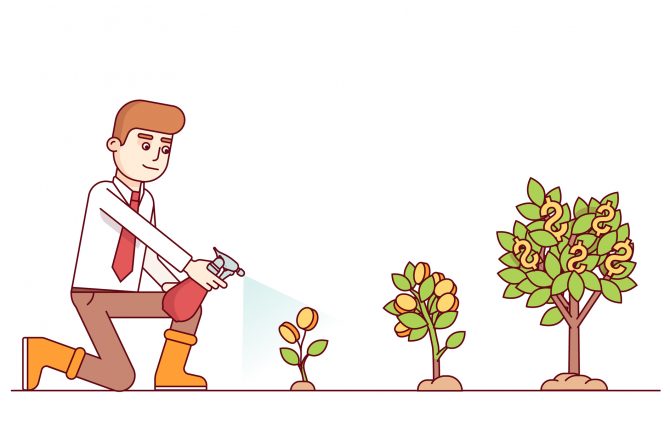 The capital raised in what is their first round, led by OneRagtime with participation from 50 Partners and BPI, will be used to develop Woleet’s “data timestamp” technology and to accelerate its commercial deployment.

The start-up from Rennes, France, allows its user to time-stamp and authenticate any piece of digital information, or any digital document, through the blockchain. With this new capital, Woleet will enrich its signature proofing solution while developing new functionalities and accelerating its commercial development.

Created in 2015 by Gilles Cadignan, considered as one of the most advanced blockchain experts in France, and Vincent Barat, former co-founder of Capptain (acquired by Microsoft), this promising start-up team knew how to win over some of the biggest players. Today, the likes of EDF, Laboratoires Servier, Kering, Mitsubishi, Acciona and even the regional administration of Brittany trust them.

The technology used by Woleet is based on the concept of the Merkle tree, permitting the proof of integrity of any group of data, linking them all individually to a single digital footprint. The objective: to optimise the number of timestamped proofs in a blockchain-based transaction.

There are three advantages of timestamping a piece of data: immutability, security and transparency. Woleet has developed a technology to anchor any datum in the blockchain, in order to generate proof of existence, authenticity and provenance for start-ups, SMEs, public administrations and large companies alike. This horizontal positioning allows Woleet to target its solution across all industries, without needing to adapt the product offered.

What’s more, with Woleet, there is no need for customers to use third parties.

“We were instantly convinced by the Woleet team, both in terms of vision and technical and commercial execution. We were particularly persuaded on the one hand by their dedication to the protection of sensitive data and secure exchanges, and on the other to their understanding and expertise of the blockchain. In short, Woleet is an extremely promising start-up that has a fantastic chance on the international market”

“OneRagtime has supported us since the beginning of the commercial launch and we are delighted that they are continuing the adventure with us, for the funding of course, but more importantly for their wise advice and guidance. The fundraising will allow us to accelerate the distribution of our product and address vertical markets such as banking and insurance, two sectors with very sensitive data to protect”

2018 – an anniversary year for OneRagtime

In November 2018, OneRagtime is celebrating 18 months of investment, during which it has accompanied more than a dozen top start-ups including Make.org, +Simple, Gestoos, Jellysmack, onoff, Marie Quantier, PhantomBuster, Muzeek, Glose and Zenly.

The company provides its start-ups with tailor-made support, right from the beginning, thanks to its operational and pan-European team. It is positioned as a disruptive platform in the world of venture through its community of investors, its network and its collective intelligence.

OneRagtime is the venture platform founded by Stéphanie Hospital and Jean-Marie Messier, and supported by experienced figures in digital and investment such as Philippe Bourguignon, Patrick Sayer, Virginie Morgon and Philippe Carle. It selects the most innovative technology start-ups across Europe and Israel, finances them and supports them thanks to its exclusive community of investors. Its unique platform model allows investors to choose exactly the start-up they want to invest in, through a dedicated vehicle and with terms negotiated by OneRagtime.
In addition, the OneRagtime team advises companies on their digital transformation by opening up opportunities with start-ups. Find us on Twitter, Facebook, Instagram, LinkedIn or on our website.

Created in 2016, Woleet was co-founded by Gilles Cadignan and Vincent Barat. For the past two years, Woleet has offered a digital-proof generating platform based on the Bitcoin protocol. Thanks to its “privacy by design” approach, Woleet is able to assure maximum confidentiality and to generate verifiable proofs at any time, without intermediaries, without time limit, anywhere in the world with the same certainty of result. Thanks to its horizontal positioning, Woleet addresses diverse sectors such as the legal, administrative and financial services, or even the industrial industries and actors within the supply chain. The company defines itself as the “Digital Truth Provider”. Woleet strives to democratise the proof of existence and the providence of data, with a focus on the integrity and scalability of a “Layer 2” technology, increasing the capacities of the blockchain target tenfold. Woleet’s ambition is to participate in the creation of an international standard of proofs, based on the recording of the world’s most sensitive transactions.

In November 2018, Woleet announced its 1 million euro fundraise, raised by OneRagtime, 50 Partners and Bpifrance. The funds will allow Woleet to accelerate its growth both in France and internationally in this new market, not stopping until it becomes a global standard in cybersecurity. By the end of 2018, Woleet will again enrich its platform with an identity management solution, opening the door to further uses in the proof of timestamped of digital signatures, the company’s trademark. This new form of signature offers a credible, or in many ways, superior alternative for the leaders in the electronic signature market.